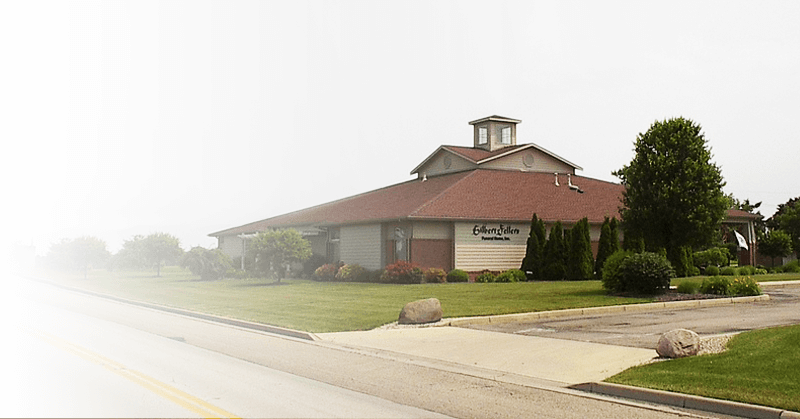 We dedicate ourselves to the memories of those who have gone on before us, whose dedication to our profession has made it possible for us to offer services of the highest quality to those in need.

This history respectfully submitted by:

Our History in Photos 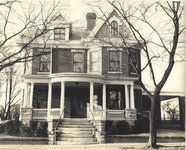 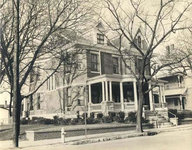 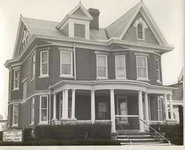 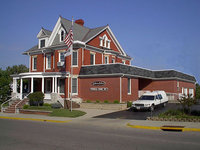 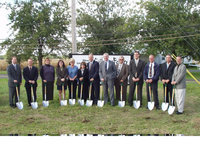 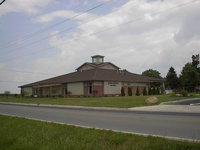 Our History in Words

The Gilbert-Fellers Funeral Home of Brookville, Ohio represents over 120 years of continuous service to Brookville and the surrounding communities. It all began as Boice & Dunkel, then SA Dunkel & Sons Funeral Home, then Rogers & Gilbert Funeral Home, then Gilbert Funeral Home. David Fellers has been Corporate President since October 18, 1990. A partnership between Samuel Dunkel and Albert L. Boice was formed in 1899 after Mr. Dunkel finished embalming college in Cincinnati. Mr. Boice retired from the company in June of 1916. The funeral home was located at the corner of Wolfcreek & Hay from approximately 1937 to 2004. The red brick building at the corner of Wolfcreek & Hay was built in 1907 as the private residence of a Dr. Mundhenk. Prior to 1937, S.A. Dunkel & Sons would typically have embalmed in the hospital or the home of the deceased, as was the tradition of the times. They would have produced made to order coffins or caskets and also sold manufactured caskets. They sold furniture from their storefront, originally on Market Street next to the Church between Mulberry & Walnut streets. In 1951, Dunkels moved the furniture store into their Sycamore Street building just south of the current City of Brookville Administration Building.

The Dunkel family operated the business very capably for over 60 years, through multiple generations. By 1968, with no further heirs interested in taking over the family business, new ownership came on the scene as Bob Gilbert and Lee Rogers, both licensed as funeral directors and embalmers, formed a partnership in order to purchase the Dunkel's Brookville funeral business as well as another funeral business in Trotwood. The partnership was, in the words of Mr. Gilbert as told to Mr. Fellers during the late 1980's, a marriage of convenience. Neither could afford to go out totally on their own in ownership, but the tension created by a 50-50 partnership would lead to an eventual split. By 1972, it was mutually agreed to part company, with Mr. Rogers in Trotwood and Mr. Gilbert in Brookville. By 1973, Gilbert Funeral Home became incorporated. The same articles of incorporation today serve the Gilbert-Fellers Funeral Home, Inc.

There have been numerous additions to the building at 3 Hay Avenue since it became a funeral home. In 1974, Bob Gilbert purchased the Samuel Spitler House, which was originally located on Hay Avenue next to the funeral home and had fallen into disrepair. The building was subsequently donated to the Brookville Historical Society, who paid for the relocation of the building to its current location on Market Street. The Spitler House is currently used in the City of Brookville logo. Once the lot was vacant, Mr. Gilbert began a multi-phase remodeling project that would be completed by 1978 that included an 18 space parking lot, a new 850 square foot chapel, 3-car heated garage, new embalming room, restrooms, flower delivery area and an additional 250 square feet of space in the front room originally used for viewing.

In November, 1985, Mr. Gilbert paid Mr. Terry Dexter to close the Hay-Powell & Dexter Funeral Home located at the intersection of Wolfcreek & Market. This marked the first time in 80 years that there was only one funeral home located in Brookville. Not too long after this, in 1986, Barnes Funeral Homes, in a co-operative venture with Royal Oak Memorial Gardens, rented the old library building located just to the north of the Hay-Powell & Dexter Funeral Home. They operated as Hapner-Barnes Funeral Home, Royal Oak Chapel. They closed their Brookville funeral home due to lack of business by 1992.

David Fellers joined the staff of the Gilbert Funeral Home in December of 1985 as a licensed funeral director and embalmer. Working as an employee of the firm, Mr. Fellers lived in the apartment above the funeral home. As Mr. Gilbert continued his fight with prostate cancer, more & more families were being cared for by Mr. Fellers. For approximately one full year before Bob Gilbert passed away on July 4, 1990, Mr. Fellers met with every family who called on the funeral home. This familiarity with members of the Brookville Community made the transition to the new ownership run virtually flawlessly.

As the principal owner of the current corporation, Mr. Fellers has received numerous inquiries as to why the Gilbert name continues to be used in the name of the business, leading to the following response, “The Gilbert Family gave me the opportunity to live and work in a great community. After Bob Gilbert passed away, Marjorie Gilbert could have offered the business for sale to the highest bidder, but they gave me the opportunity to continue to run the business, selling to me at a fair price, knowing full well that I would do everything within my ability to run the company the way Bob would have wanted it to be run. I have no intentions of removing the Gilbert name from this company as long as I am the President.”

Realizing the limitations of the location at the corner of Wolfcreek and Hay, in 1999 Mr. Fellers purchased 3.4 acres on Albert Rd. at the intersection of Albert & Upper Lewisburg-Salem Rd. for the purpose of building a new funeral home. The building project was completed in June of 2004 and the new facility is designed to meet the needs of small & large families alike. The Hay Avenue Building was sold to the Brookville Historical Society in December of 2006 and will serve the community through historical displays and other uses that benefit the needs of the Society.

The new building has the capability of hosting 3 separate visitations at the same time and there are over 3,000 square feet of space dedicated to visitations and services. The lobby is entered from a covered portico, and the lobby contains over 1300 square feet. The lobby has separate gathering areas focused around a gas fireplace, a tile area beneath the building’s signature cupola, and a 165-gallon salt-water aquarium. There is an ample lounge that is equipped with a microwave oven and a refrigerator, making it possible for families to have a place to "get away" from the receiving line if necessary. The lounge is also equipped with a closed circuit TV capable of displaying a funeral service as it is happening within one of the chapels and another closed circuit jack is available in the lobby for overflow. The building’s sound system is capable of playing 4 separate music sources at the same time, allowing each family to select music of their choice during their visitation time. There is also the capability to record the service or stream it, if the family wishes to have it recorded. The Funeral Planning Center offers a wide variety of funeral merchandise selections. There are 23 caskets to choose from along with numerous burial vaults & cremation urns.  The ladies restroom features a lounge area and both the men’s room & ladies room were designed with larger crowds in mind. The Embalming facility is also state of the art. From the surgical quality flooring to the ventilation system and special plumbing needed, every effort has been made to make this preparation room one of the finest anywhere. Near the garage area is a separate entrance for florists delivering bouquets for services. 132 parking spaces are paved and lined and there is an entrance off of Albert Rd. and another one off of Upper Lewisburg-Salem Rd. With everything seemingly thought of already, the building can be expanded on the south or north ends if the need arises.

Genealogy
Our firm has historical record and ledger books that are available to be used (on our premises) for genealogy research. The books date back to 1942 for SA Dunkel & Sons and all the way back to 1903 for Koch & Hay, then Hay & Powell, then Hay, Powell & Dexter and they contain many helpful pieces of information. In most cases, the earliest books are not much more than ledgers that tell how much the funeral cost and when the bill was paid. Cemetery locations and names of next of kin are usually available as well. From the early 1970’s forward, more detailed information about the survivors is generally available. Our website lists some genealogy data which has been copied from some of these records. This information can be accessed by visiting us on our Genealogy page. If you don't find the records you are looking for, please call the office. We are still in the process of adding families.